WHAT DO YOU CALL A GAZILLION WHELKS? 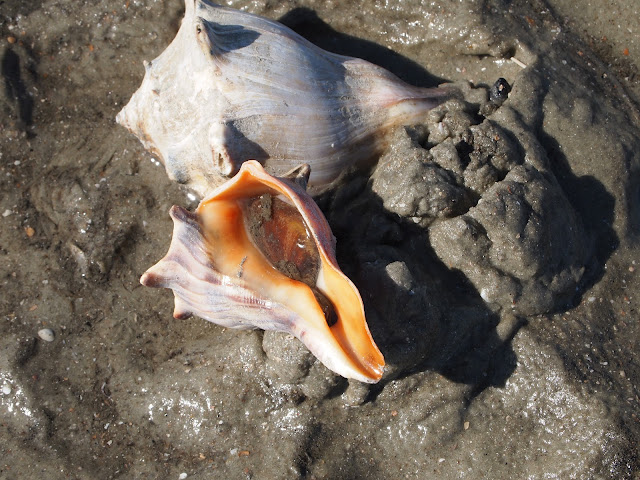 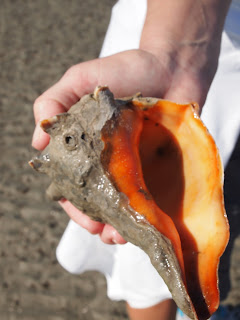 So there we were, walking along the long, lovely, low-tide beach at Cumberland Island, where there were no other people to be seen—only the distant pulp mills in Fernandina Beach—but gazillions and gazillions of whelks. So many whelks, dug into the sand, that it was tricky not to step on them.

Yes, seeing all those whelks made me kinda hungry. Truth to be told, just about anything makes me hungry. And it got me thinking about the Cayman Islands, where one of the local specialties is a spicy whelk stew. We could have had ourselves a feast. But these particular whelks were protected since they live along the Cumberland Island National Seashore, and despite being sorely tempted, I did not poach. Promise.

But it got me thinking: We have all sorts of collective nouns that describe groups of things—a pod of whales, a congress of ravens, a murder of crows, and, famously, an exaltation of larks—but what do we call a mass collection of whelks?

Which is to say: I'm open for suggestions. And if someone posts a brilliant one here, then I'll give you something cool and as-yet-undetermined as a reward. Maybe a book. Maybe a whelk. Maybe my recipe for whelk stew. 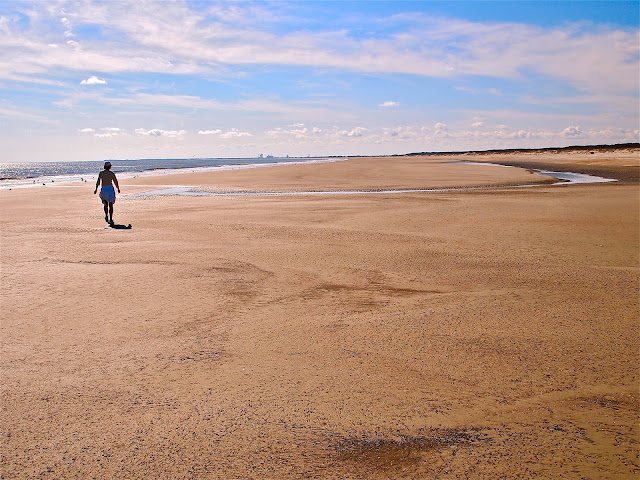 One of the coolest things we saw on Cumberland Island -- the magnificent and largely deserted barrier island off the coast of Georgia -- was a couple of wild turkey gobblers tussling for territorial rights. Or, more likely, over some hen. We were walking from the beach down the path toward the Greyfield Inn when we came across them. There was a third gobbler, but he just watched. Turkey voyeurism, I suppose.