HOW 'BOUT THEM MUSSELS? 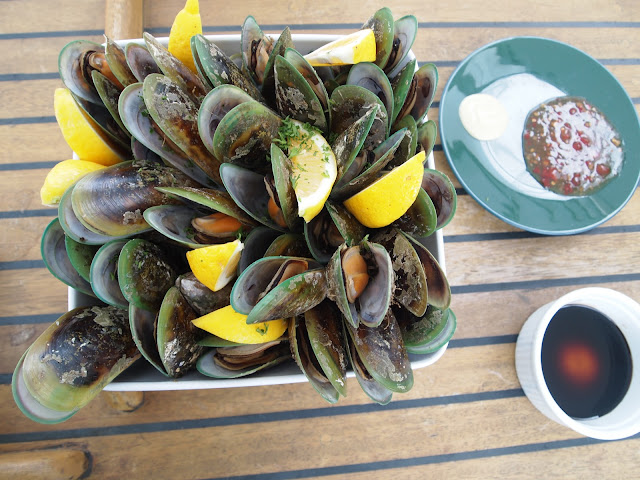 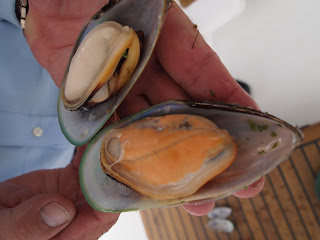 OK, I gotta admit, I was a bit skeptical about spending three hours cruising around New Zealand's Marlborough Sounds on a "Green Mussel Tour." After all, mussels are mussels, right? And how exciting could the Kiwi version be anyway?

Well, plenty exciting as it turns out. At the helm of our boat was Chris Godsiff (below), owner of Marlborough Travel and one of the pioneers of New Zealand's green-shell mussel industry, which, fittingly, got started some 40 years ago, about the same time New Zealand began producing wine on a large scale. One of those marriage-made-in-heaven kinda things. 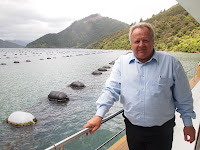 Behind Chris, you can see barrels from which hang long lines where the mussels attach themselves until they are big enough for harvesting. Then all you gotta do is steam 'em with some herbs and a splash of white wine until they pop open. They are easily twice the size of our North American mussels, which have blue-black shells. And they go nicely with a crisp Sauvignon Blanc from one of the nearby wineries. Let's jus say I got in a great nap on the boat ride back to port.

ON THE WALLS IN WELLINGTON 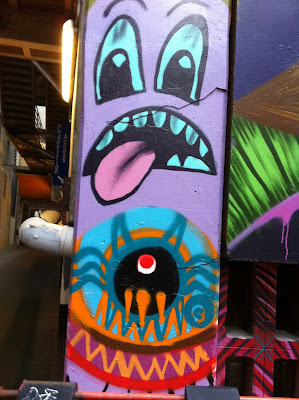 Wellington NZ is rightly famous for its cafe/bar scene, but it boasts some world-class graffiti, too. Here's a sampling from the alley behind the hotel where I'm staying, which speaks to a bit of Maori influence. 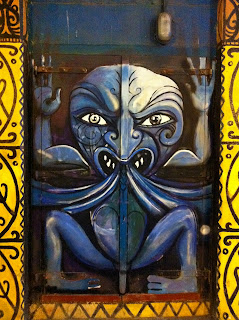 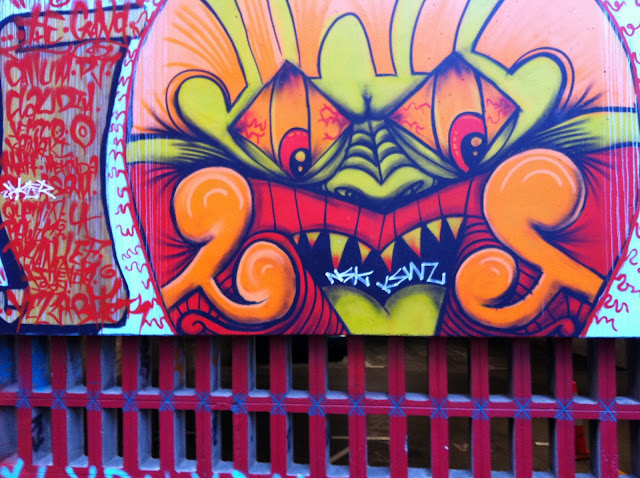 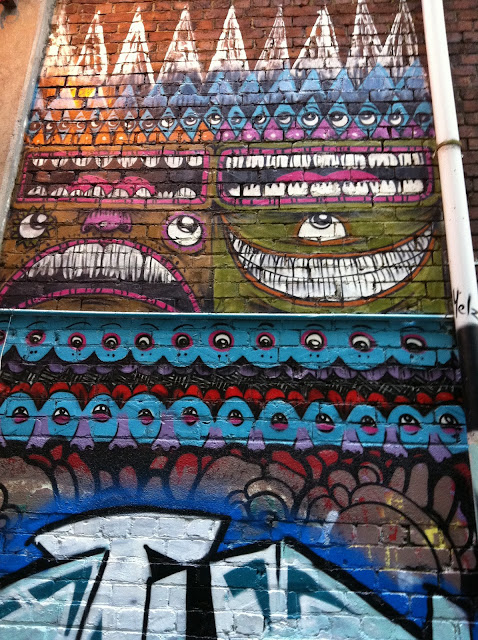