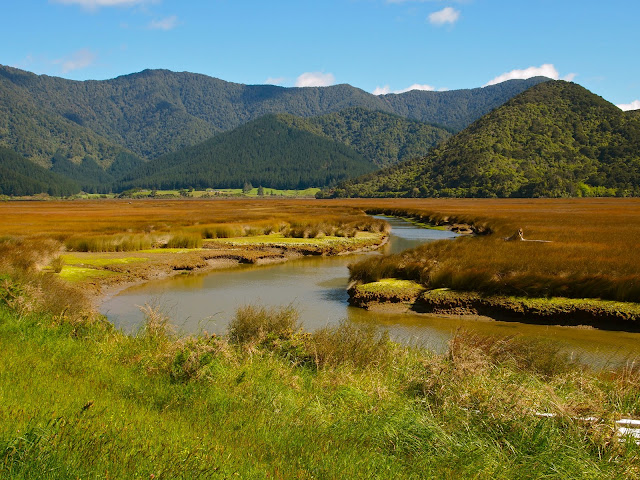 On the road between Picton and Nelson, on New Zealand's South Island, I crossed a broad valley that was just getting ready to bust loose with Spring. Had to pull off the side of the road to soak it all up. It was as if a coastal salt marsh -- like the kind you see around Charleston or Savannah -- had been transported far inland, and the air was fresh, the sky way blue.

Later, some of the folks I met in Nelson asked: "Did you come via Hobbit Valley?" Apparently this stretch of the island provides a backdrop for some of the scenes in "The Hobbit," the upcoming film from New Zealand director Peter Jackson. Yes, there is a Middle-Earthy feel, not only to this place, but pretty much all of New Zealand. Can't wait to be that guy who, in the middle of the movie sez, a bit too loudly: "Hey, I've been there!"

So glad you shared this with us. Didn't know you were a Tolkien fan...